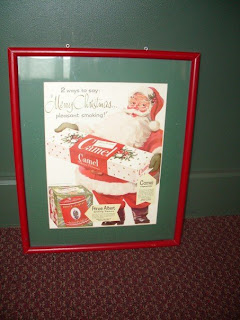 October 8th marked the 2-year anniversary of me firing up the Internet and ordering myself a boyfriend; yeah, I can't believe N and I have been together for that long, either. We've got some other exciting news on the horizon, too, but I'll save that for later.

Anyhoo, as we were thinking about what to do for the occasion, we were reminded of a running joke in our relationship: back in the early days, lo so many months ago, we contemplated running away together. I reminded him that as a writer, my bank account hovered somewhere in the low triple digits. "I don't think we'll get much further than Amish country," I told him.

And so it was.

For anyone who is unfamiliar, Lancaster county is way more than just the setting for the phenomenal Harrison Ford/Kelly McGillis vehicle, WITNESS (which in fact we watched last year, on anniversary the first). There's gorgeous countryside, fresh farm produce and dairy, and historic landmarks.

Of course, you won't see any of those if you hit the (no pun intended) holy trinity of the area: Intercourse (hee), Strasbourg, and Bird In Hand. You also won't be able to drive more than three miles an hour down the one major road (off of which, picturesquely, our B&B was located). We charged through and gawked at horse-drawn buggies, quilts, and a staggering collection of "barn stars" (such a strangely popular aesthetic choice). I felt slightly guilty about gawking, but then, the Amish were actually giving their own tours, so I figured they were kind of ok about it all.

Our first stop was the National Christmas Center. Though growing up I always celebrated Christmas with my mother's family, I still felt like some kind of also-ran; after all it wasn't *really* my holiday. So I reveled in the opportunity to dive headfirst into one (astonishingly dedicated) man's collection of Christmas...stuff. The vintage advertisements, the dioramas of Santas throughout the world, the recreated 1930's Five and Dime pre-Christmas...all of that was fascinating. Unfortunately, the artificial gingerbread smell piped through the building didn't do a whole lot for my sinuses.

After lunch we hunted down the Wilbur Chocolate factory in Lititz. This was totally up our alley. Free, and less of a "factory" than "huge store where in the corner you can watch them pouring chocolate into molds." Mmm. I bought chocolate bubble bath, but I haven't used it yet. I'm afraid it will make me more hungry than relaxed.

On Sunday we went pumpkin-picking (and just in time...rumor has it there's a nation-wide shortage of pumpkins this season? Yikes!), and visited a vineyard. The weather was spectacular and it was the perfect cap to a perfectly bizzare, but always interesting celebration.

When I first met Noah, his travel schedule worried me. I'm sort of a homebody at heart (case in point: I'm totally still in my pj's from this morning). But in the time that we've been together, I've come to understand his love of adventure...and to relish the fact that he chose me as his partner in crime.
Posted by Micol Ostow at 4:45 PM

But you have to watch out for the cows. In college, my friend—who was driving in from Lancaster—was a half hour late for class because she was stuck behind a slow moving cow.

Congrats to you and N on your two happy years!