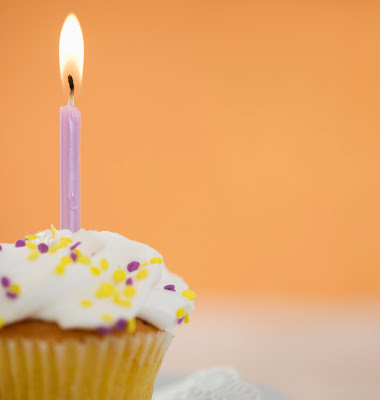 In honor of the blog’s first birthday, here are the Simon Pulse Ro-Com authors’ fave lines from their books. What are some of yours?

From ROYALLY JACKED:
"Exactly two weeks, one day, and ten hours ago, my mother completely ruined my life."

From SPIN CONTROL:
"He gave me a half-hour lecture on the risks of fracturing my molars with the stud (doesn't "fracture my molar with a stud" sound vaguely kinky?), though he did stop short of reaching into my mouth to remove it."

From DO-OVER:
"Nothing beats a butt-ugly feather dress--which the entertainment reporters are bound to note costs the equivalent of a year's college tuition--for getting guy frustration out of my system."

From SCARY BEAUTIFUL:
"Who ends a relationship of two and a half years in an airport over scrambled eggs and French toast?"

From MAJOR CRUSH:
“And that’s how I came to be riding back from Gadsden late Saturday evening with Mom, Allison’s mom, Allison, and a pageant trophy the size of a refrigerator.” (p. 196)

From GETTING TO THIRD DATE:
"Who knew that Shakespeare knew all about crushes gone wrong way back in the Dark Ages?" (p. 202)

From LOVE, HOLLYWOOD STYLE:
Tracy and her best friend, Liz, talking about ro-com movie cliches:
"A lot of the time the women in these movies are klutzes. Amanda Bynes can hardly take two steps without falling over something. Usually herself."
"That's because most romantic comedies are written by men who don't understand women enough to give them actual flaws to reflect the three-dimensional beings that we are," Liz said.
"And because watching people fall down is funny," I added.
"Exactly."

From THE SECRET LIFE OF A TEENAGE SIREN:
“Unless my life has been one big Scooby-Doo cartoon and I've been wearing a band geek disguise for sixteen years, then maybe ... possibly ... perhaps there's a grain of truth to this whole Siren thing.”
Posted by Jennifer Echols at 7:17 PM

Ah, Aimee, I absolutely loved that line when I read the book, and I still love it.

My favorite line from PROM CRASHERS is also the last line--I won't spoil it for you, but Erin is a chick after my own heart.

Oh, thank you, Jenn! That line represents an important lesson I learned long ago...Like Norah, I used to believe that sometimes books were enough. But boys can be pretty great, too. :)

Your line from MAJOR CRUSH is pure comedic gold.

All these lines make me want to read/reread all the RoComs!