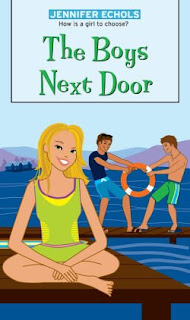 The summer is still young, and here are some things I’ve already done:

• Read Robert Schlesinger’s White House Ghosts: Presidents and Their Speechwriters from FDR to George W. Bush. Was fascinated to find out that John Steinbeck and Alex Haley have contributed to Presidential speeches, and Gore Vidal was considered for an official job in the White House. Yes, I’m excited about the election. How did you know?

• Threw a birthday party for my son, with a cake decorated like a race track. Who knew asphalt could be so delicious?

• Taught my dad how to use iTunes. He’s so excited. Songs he’s downloaded so far: lots of bluegrass, The Navy Hymn, Wind Beneath My Wings by Bette Midler.

• Pulled several miles of wisteria vine out of the hydrangea bushes.

• Watched hours of monster trucks on TV. Go El Toro Loco! Did I mention I'm usually not the one with the remote control?

• And just yesterday afternoon, I pedaled a paddle boat around a lake in 95-degree heat, with my son steering erratically. I think I lost that three pounds again in the first fifteen minutes. Played chicken with a Great Blue Heron: 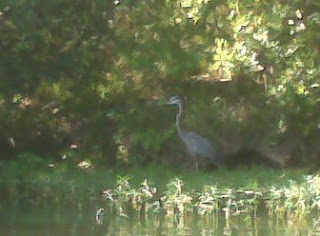 Here are some of the things I have left to do:

• Spend a week at the beach in Florida.

• Go white-water rafting in the Georgia mountains. My brother is going, which always makes family trips more interesting/dangerous. Luckily he is an emergency room doctor.

• Finish writing The Ex-Games, my Simon Pulse Ro-Com coming out in October 2009. I’m up to the part where Hayden and Nick have a run-in they weren’t expecting...bwa-ha-ha! *rubbing hands gleefully like mad scientist*

How’s your summer going? What will you get done before it’s over?

Posted by Jennifer Echols at 3:54 AM

I'm going to the beach, baby! Besides that, I'm writing.

The boys have been out of school for two days and are already scraping the bottom of the barrel. This morning? Surfing on the couch cushions! Instructions: put one long couch cushion on the floor. Pile on lots of smaller pillows to make it unstable. Place second long couch cushion on top. Then hop on, wiggle around, and ride the waves, baby! You're living la vida loca! Also, watch out for table corners during wipe outs.

Yeah. While reading your comment I was just going to say, "Surely the boys are doing this away from the fireplace hearth."

So far, so good. I'm being positive and hoping that positive things come my way!

Wow! You have been BUSY! Have to tell you, I laughed out loud at the "lost three pounds" and then, right after the cake with its delicious asphalt, you gained three pounds.

You are a bizzy bee! The best part is that technically, summer hasn't even started yet.
My goals:
-finish SASS: Australia
-finish TRIBE
-start--and finish--Bradford 2
But don't worry--there'll be some vacationing in there, too!