Hard to Get and Favorite Movie Couples 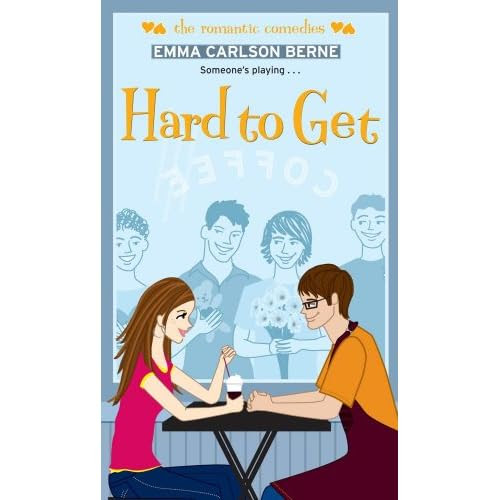 First of all, Hard to Get will be out on Feb. 23rd! I have already seen a few advance copies and it looks marvelous. But I haven't had the nerve to actually read it. Something cringe-inducing about reading my own words in print. Like those actors you hear about who've never watched any of their own movies. Just ogling the cover is enough--and fielding my family's comments. ("Were you thinking about Aunt Mildred when you wrote that scene?")

Second question: favorite movie or book couples. I have so many, including Alvy and Annie from Annie Hall, which has already been written about, but probably my number one favorite couple is Jane Eyre and Mr. Rochester from Charlotte Bronte's novel, Jane Eyre. I know, I know, I'm a huge nerd. I can't help it. When I was in junior high, I used to dream about having a boyfriend just like Mr. Rochester. (I can't believe I'm writing this in a public forum.) Okay, yes, the language in the book is hopelessly old-fashioned, yes, the book takes forever to read, yes, Jane can come across as a pious little priss and Mr. Rochester as a weird creep, but it's so romantic! (Have I sold anyone yet?)
Posted by Emma at 3:50 PM

I can't wait for your book!

I just finished Hard To Get, and I loved it!!! It really struck home, because recently I had to do the same exact thing Val did: tell a great guy that she can't be in a relationship right now, then trying (and failing) to stay friends. I didn't have the same happy ending as she did, but that's okay! :)