Where have you set your books and why? 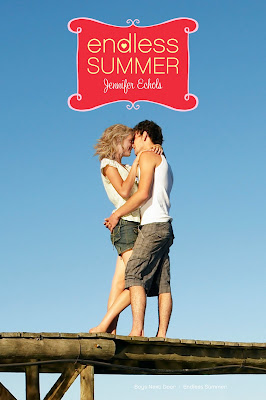 Endless Summer, the sequel to The Boys Next Door, will be published on May 25--and The Boys Next Door will be reprinted in the same volume. I'm so excited about the perfect pub date because it's just a few days shy of the start of the action in The Boys Next Door, around Memorial Day. And that is a beautiful time of year on Lake Martin, Alabama, where I grew up.

It was not my choice to set a book here. I think Lake Martin is paradise, but it's not for everyone. For instance, country singer Alan Jackson played a concert there for Aquapalooza last August. You could only see it by boat. If I had been 16, all of my friends and I would have been there, believe me. However, before I wrote this book, I assumed New York editors would turn up their noses at a setting like this. 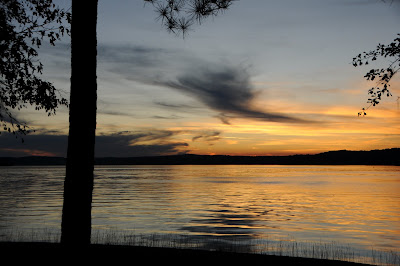 So I did. But I took out any references to the fact that the lake was in Alabama. It was Lake in a Nameless State so it would have the broadest appeal to the most readers. But in the edits, my editor kept asking me weird questions: Why are you calling their lake cabins houses, as if they live there all year? Why aren't the girls cold at night in their Slinky Cleavage-Revealing Tops? It became apparent to me that when I said "lake," New York heard "Lake Placid." So I revised the book to make it clear that this lake is in Alabama. It is hot as hell in Alabama in the summer, even at night, even in a Slinky Cleavage-Revealing Top, and if we have a house on the lake, we tend to live there all year because there are no blizzards to close the roads in the winter or anything like that going on.

For your enjoyment, here is a beautiful pic my dad took of Lake Martin for a photography class recently. And here is a pic of me waterskiing on the lake when I was 18, because I never get tired of proudly telling people that I did not fall after that shot. 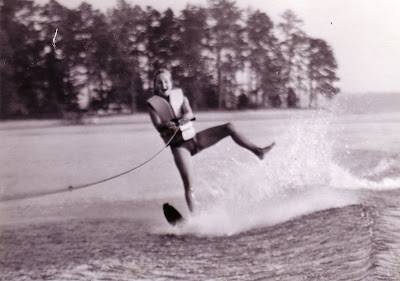 Posted by Jennifer Echols at 3:44 AM