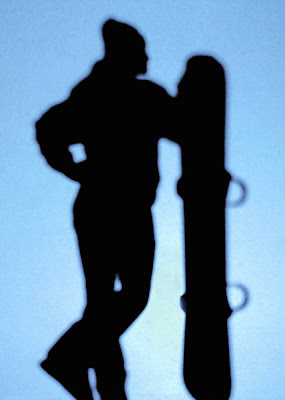 Y’all, I’m so excited. I’ve signed on to write another Simon Pulse Ro-Com. The Ex-Games, about a snowboarder who challenges her ex-boyfriend to a battle of the sexes on the slopes, will be published in Fall 2009.

I went snow-skiing six times in high school with my friend Amy. Once she took on a tree and lost. Today I e-mailed her to ask permission to use that crash in the book. She said sure, as long as I dedicate the book to her. My friends are slowly figuring this gig out.

She very sweetly did not say a word about the fact that her crash was my fault. It was my bright idea to go on the expert slope when we were NOT experts. I will not be writing that into the book. That’s The Magic of Fiction.

She did want to know whether the heroine slides off the icy road in her mother’s car while driving through the snow to see the movie Pretty in Pink. Of course I would not write that into the book and give away Amy’s secret! Amy would be in big trouble if her mother found out about that, even though Amy is now 38.

Anyway, I have some time to think about what I’ll include, because I’m not starting the book right away. At the moment I’m revising the book formerly known as Boy in Blue/currently known as Running to Stand Still/possibly known as something else next month, which will come out in March 2009. Then I’ll finish another book, and I’ll be ready to start writing The Ex-Games just when it hits ninety-five degrees here in Alabama. I’m not worried. I wrote the summery books Major Crush and The Boys Next Door in the dead of winter. Part of writing a good book is longing for something you can’t have. Like the daily companionship of my BFF Amy, or a 120-inch base with 4 inches of packed powder.
Posted by Jennifer Echols at 6:27 PM

I always wonder how you authors can sign to write a book without having it written already ... To me, that's the epitome of cool. It's nice to have that much discipline :)

Actually, I think it requires more discipline to write a book you're not sure a publisher will ever buy. That's what I usually do. You have to be really self-motivated. But if a publisher is paying you up front to write a book, you'd better write it or they'll want their money back. Incentive. ;)

I agree Jen--writing on spec is the most disciplined thing you can do. Hence me never having done it.

But WHAT a cool idea! I can't wait to read your new ro com (in addition to your zillion other projects).

Hahaha I suppose you could think of it like that! Writing is subjective in all aspects of it, huh? :)