The Symbol of Death

You might think that this is the symbol of death:

Or maybe this Mexican parade is more your mental image: 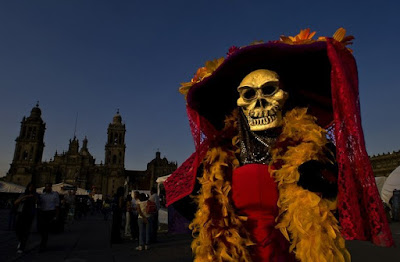 But really, it's this: 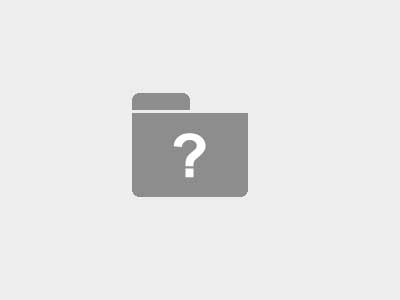 Last week, while my MacBook was doing nothing more strenous than powering up, I heard it make a series of cranky noises akin to an elderly, lifetime smoker coughing up his left lung. The MacBook had never done that before, so of course, I wondered who'd messed with it (answer: no one.)

Then, when the screen finally blinked on, I got the questioning file folder.

I called Apple immediately ('cause what good is AppleCare if you don't call the gurus?) and a friendly guy had me restart the computer from the startup disks. That worked...I had a beautiful blue screen, with no questioning file folders in sight. I thought I was saved until I went into the Utilities (as directed by AppleGuy) and the hard drive was nowhere to be found. The conversation went something like this:

AppleGuy: You don't see the hard drive anywhere? It should be in the list. Look on the left.

AppleGuy: You're looking in the left-hand column?

AppleGuy: Could it have another name?

Me: No. There's nothing else in the list at all. Just the startup disk.

AppleGuy: Okay. You may have fried your hard drive, but don't panic yet.

Me: That's not funny.

AppleGuy: I'm getting you an appointment at the Genius Bar at the Apple Store. They can run some tests. It's possible they can find it. No promises, though.

Me: You said "fried." Once you say that about a hard drive, you know you can't go back.

AppleGuy: Is your data backed up?

AppleGuy: Then you definitely shouldn't panic.

Me: But you said FRIED!

So off to the Genius Bar I went. Sure enough, my not-so-trusty laptop, which is less than two years old, was DOA. Apple offered to replace the hard drive--which they did in only three days--which was nice. On the other hand, since I've never had any trouble with my MacBook before the startup coughing fit, they couldn't tell me what I'd done, or how to keep it from happening again.

On the bright side, no laptop gave me three days to clean my home office. Even the windows got washed. And while I was at the Apple Store waiting for the death sentence to be passed on the MacBook, I splurged and bought a Bose Sound Dock for my still-functioning iPod.

I figured if I was going to panic, I may as well do it with my credit card.

Do you think Apple planned that?!
Posted by Nicole Burnham at 11:20 AM

Oh no! I hate when macs go to the dark side like that! Have you ever had the evil black veil drop down telling you, you must restart asap! I've also had crashes after installing updates, so I'm sort of scared to install them...

Scary! I immediately backed up my work after reading this. I'm glad you were prepared for the "worst case scenario" (emotionally and otherwise). You handled it waaay better than I would. :-)