It’s that time of year again...

Oh, you’re not a fan? That’s okay. I’m fan enough for both of us. I have been looking forward to the season premiere on January 13 since...oh...Halloween. Each night when it starts, my son and I have a dance that we do to the opening credits music. Do YOU have a dance for your favorite show? Of course you don’t. You can’t possibly love your show as much as I love American Idol--plus, dancing in front of the television is something you would be mortified to do as a teenager. But when you hit 39...watch out.

Okay, I’ll admit it--I didn’t watch season 1. Not a single episode! I had a brand-new baby. The baby ate every three hours, all day, all night. If a show didn’t come on while it was time for me to sit down and feed the baby, I didn’t watch it. I did, however, watch a LOT of infomercials during the 1 a.m. feeding, and I was delighted to discover that COPS comes on at 4 a.m. I am not sure what this did to the baby. If he suddenly develops the urge to chase criminals or order Kinoki Foot Pads, I will know why. 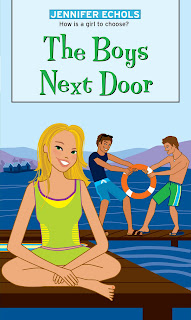 But you know what? If I’d REALLY wanted to watch American Idol that first season, I probably could have urged the baby to eat when it came on. Sad to say, spending a couple of years as a music major made me a bit of a snob. I can’t sing, but I do have a pretty good ear, and a healthy disdain for other people who can’t sing AND don’t have a good ear and therefore don’t realize they can’t sing. I figured even the finals would be full of these people.

Boy was I wrong. I was driving in the car one day, weeks after the show was over, when I first heard “A Moment Like This,” Kelly Clarkson’s winning song. The girl has pipes. That day I vowed never to miss another episode of American Idol. I don’t think I have. To find out how big a Kelly Clarkson fan I am, all you have to do is read The Boys Next Door. And I don’t care what you say--My December is an excellent album!

I actually called my husband work to say, “On American Idol there is an enormous man wearing a T-shirt with our telephone area code on it who just made it to Hollywood and is hollering, ‘205, Birmingham, Alabama, representing!’” My husband did not believe me. And I never quite believed that Ruben Studdard could be THAT good a singer. Every episode he was a joy to listen to. And I don’t care what you say--Soulful is an excellent album! 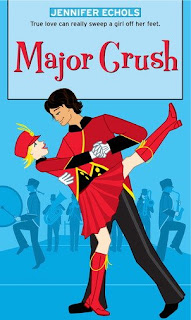 So it may surprise you that I didn’t even vote for my hometown man! That’s right, I was one of those women with a little *ahem* Clay Aiken problem. Lucky for me, I really thought I needed to get over it, so I wrote an American Idol knockoff romantic comedy novel. It didn’t sell, but it did get me writing again, and Major Crush sold the next year. And I don’t care what you say--Measure of a Man is an excellent album!

Let’s skip season 3. I do love Fantasia’s funky song “Hood Boy,” but I was for La Toya London, who came in 4th. My son was for Jennifer Hudson, who got eliminated really early. Does he have an eye or what?

Another Birmingham boy! Bo Bice attended the church next door to my son’s Montessori school. They had signs up all over the place, and everyone in Birmingham was hopeful for another hometown Idol after Ruben. It’s all anybody talked about. You can imagine this just fed the bad dancing that was going on at my house during the opening credits.

But I liked Carrie Underwood too, so I was okay with her winning. The amazing thing about both her and Jennifer Hudson is how paralyzed with fright they seemed on stage back then, and how easy they make it seem when they perform now. Clearly you CAN learn to be a princess!

Oooh, oooh, season 5! It was about this time three years ago when I got my hair cut and asked my stylist if she watched American Idol. She said a guy who made the finals just left the salon a few minutes before. He’d been getting his hair cut there forever. He played in bands around town. They begged him to let them dye his prematurely gray hair and he refused. Well! Needless to say I was intrigued. When I watched the audition episodes and heard Taylor Hicks sing, I was floored. And soon the American Idol opening credits dance turned into the Taylor Hicks dance. My son started doing the Taylor Hicks dance all over town, in public, in the grocery store, in Macy’s, whether there was music or not. I am all for enthusiasm but this was a bit embarrassing even for me.

all of Birmingham was beside itself. Especially me. I really empathized with Taylor, who had practiced the craft he loved for so long, with so many doors closed in his face. The publication date of Major Crush was only two months away and I really felt both of us had FINALLY MADE IT. Go Taylor! Go me!

What are you implying?

And I don’t care what you say--Taylor Hicks is an excellent album!

What a great season all around. I have bought albums by Chris Daughtry and Elliot Yamin and singles by Katharine McPhee, and I have a lot of admiration for Kellie Pickler, who is NOT faking that accent. You should hear mine.

Can we skip season 6 too? I was for Melinda Doolittle, who came in 3rd.

David Cook all the way. He was a true musician and his intepretation of some of those songs was nothing short of masterful.

I do not want to hear your pleas about Archuleta. Archuleta is doing okay for himself. Yesterday in the drugstore I saw that he had his own Teen Beat-type magazine with pages and pages of nothing but Archuleta-y goodness. And I don’t care what you say--David Cook is an excellent album!

I’m predicting a down year, since last year was an up year, and I am not sure about this additional judge. But hope springs eternal. There is no better television than one of these amateurs really nailing a performance in front of a national audience. Makes me wish I could sing.

At least I can dance.
Posted by Jennifer Echols at 7:24 PM

Anonymous said...
This comment has been removed by a blog administrator.
10:36 PM

Thanks for the re-cap, Jenn!

I wasn't a serious Idol-watcher until Season 3, myself; so I appreciate the catch-up. And how cool to have so many Idol-connections: same area-code as Ruben, the Bo Bice-church connection and going to the same salon as Taylor! Think you might've given birth to a future contestant with all that Idol-exposure? I'm just saying...) ;-)

Like you, Season 6 was all about Melinda Doolittle for me; so I wanted you to know that Melinda's official web site is up at www.melindadoolittle.com and you can get all-things-Melinda there: signed goodies from her fan store that benefit Malaria No More, her blogs, latest photos and tour info, vids she makes for her YouTube Channel, DoolittleTV and much more. Melinda's debut CD, Coming Back To You, drops on Feb. 3rd, but you can buy the single, It's Your Love, now from her site or from iTunes Plus.

Thanks for helping spread the Melinda-luv! ;-)

So how do you feel about them featuring people like William Hung?

And about a month ago, I became aware of a YouTube video that would probably amuse you. It was a home video made during the announcement of last season's AI winner. The camera was on the TV, and pointed toward a group of 12-year-old girls who were waiting for the winner to be announced with eager anticipation. When David Cook's name was announced, though, you would have thought they were watching a roomful of kittens being butchered, judging from their screams.

Letterman or somebody actually showed that video to David Cook in an interview, LOL!

I find the William Hungs fascinating. Many of them act like they're for auditioning for real, not knowingly singing badly just to get on TV. It is reality television at its best.

This post is even better than the show. I didn't realize I'd seen so many seasons! Last year was a big ol' dud for me. Everyone was too polished, singing and style-wise.

Plus Archuleta (sp?) is from Utah, so you can imagine. Oh! Here's a tidbit! I went through a corn maze of Arculeta's face in October! Swear to God.

*I went through a corn maze of Arculeta's face in October!*

Jennifer--thanks for the Idol recap. I don't watch much Idol, but I do remember (and love) David Cook's electric-guitar version of Lionel Richie's "Hello." That was dope.

Fun AI seasons recap! I got hooked with the Taylor Hicks season and have watched ever since. Although I've enjoyed seasons 6 & 7, the cast of Taylor's season has been the most engaging for me. I still follow their careers with pride in their accomplishments and go to see Taylor Hicks every chance I get. He's a wildman on stage!

His concert at the Alabama Theater in 2006 (?) was fantastic (my favorite: "Rumble in the Jungle"! huge improvement over the original!), and it was incredibly cool of him to include the Homewood H.S. Marching Band drumline in his production.

I can't get into Idol worship, but I do catch an episode or two every season. I admire all those singers for following their dreams as far as they can. Where would we be without people like them...or like us, come to think of it?

I think there's something wrong with me--much as I love watching clips of various contestants, I cannot get into Idol. Thankfully, I think their ratings are doing just fine without me!