It seems like only yesterday that my father-in-law found an adorable kitten abandoned under his house. 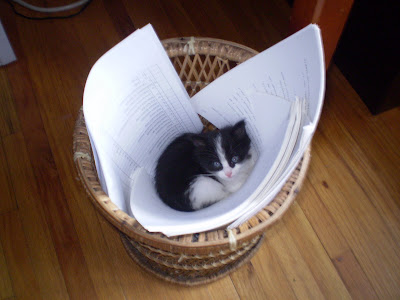 I took Kitty in, because he needed me, and because I thought I could exploit him to publicize my books. 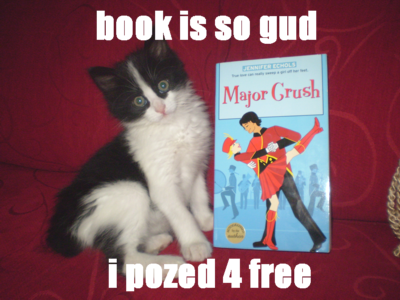 However, it was NOT only yesterday. It was more than a year and countless cans of Friskies Meaty Bits ago. Now Kitty is wearing his Meaty Bits on his hips, but he continues to live in the fast lane as if he were still three months old. 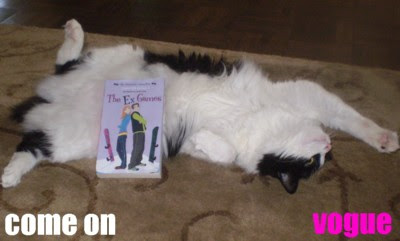 The saddest part is, he genuinely does not seem to realize his career as a model is over. 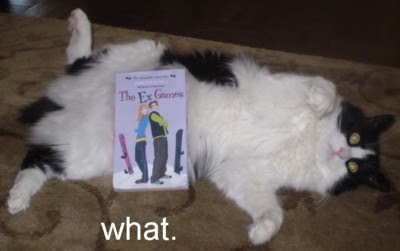 Like so many child stars who don’t age well, he is no longer an effective spokescat for my books. We here at Jennifer Echols LLC try to portray an upbeat image to the teens, and we feel that Kitty would be more comfortable hawking another product, such as denture cream or protective undergarments. 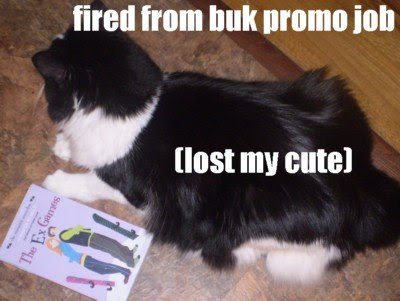 This means I am in the market for a new spokesperson for The Ex Games, due in stores on September 8. If you know any talking babies or Chihuahuas, please send them my way.
Posted by Jennifer Echols at 3:01 PM

I have a barking dog. But I doubt that's what you want.

I have a really cute pug!!! Haha! I can't wait to see the release of Ex Games...I'm also waiting for Love Off Limits due on August 4...I LOVE RoCom!!!

If the box office for G-Force is any indicator, you might want to consider a guinea pig.

Two babies, but they're divas.

Send me a copy of Ex Games and I'll have a variety of kitties pose with it. :)

Ha-ha Thats great , but sorry my dog's out of the business too. Just realized that even if he was a model he'd stink to bad to stand. A sad sad thing. I still think Kitty might have some potential (yep i'm on your side Kitty).