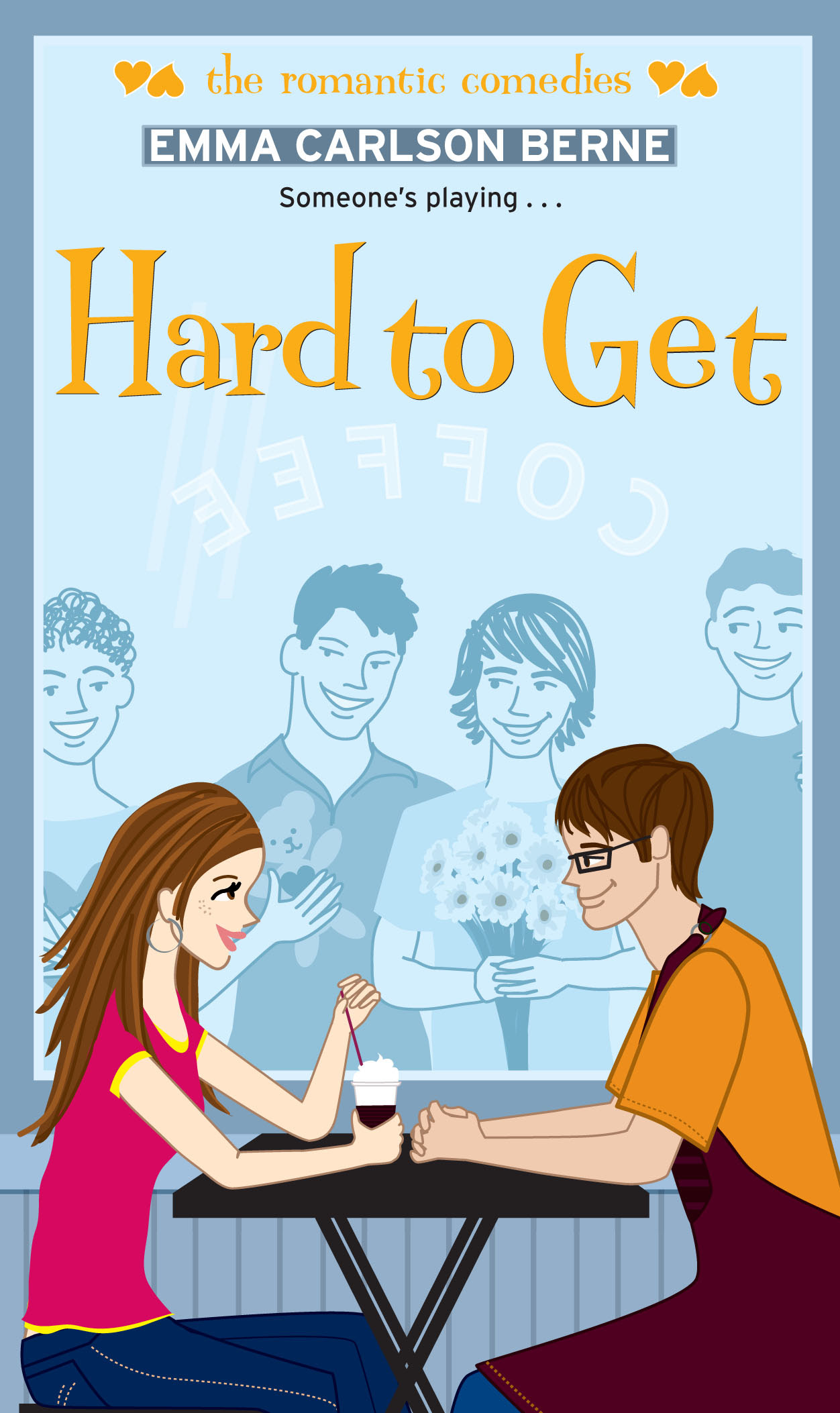 Hard to Get
By Emma Carlson Berne

Val Rushford has it all: The boyfriend, the looks, the grades, the friends--she's perfect. But when she dumps her cheating boyfriend, Dave, she's bombarded with all types of advances from boys all over school! Totally overwhelmed, Val decides to swear off boys until the end of the year. She buries herself in her school work and spends all her time on a class project that has her paired up with the artsy and intellectual Adam--the unlikliest candidate to ever win Val's heart...or so she thinks.

Val soon finds a connection in Adam she has never experienced before, but she's so dedicated to her promise and so unsure of her feelings that she keeps him at an awkward distance. If Val can't figure out what she truly wants, she may just lose her one chance at real love!

Language of Love
By Deborah Reber The sequel to The Boys Next Door

Lori should have known better than to date a pirate.

After finally getting together and going out on their first real date, only Lori and Adam could manage to fall asleep—and wake up seven hours past Lori’s curfew. Their parents forbid them to see each other. So Lori takes it upon herself to date boys scarier than Adam until her dad gives in.

But Adam won’t play along. He’s afraid Lori might fall for these scary boys. And when she goes out with the scariest boy of all—Adam’s own brother and her ex-crush—even the threat of being sent away to military school can’t keep Adam from swashbuckling his way back into Lori’s heart.

Can this forbidden love stay afloat, or will it sink in the watery deep?

Posted by Jennifer Echols at 3:28 AM

I'm so excited for more romantic comedies! Looks like another great year of laughs are about to come my way! :)

Omg! Jennifer you rock! Boys next door was the best romantic comedy yet! Can't wait to get Endless summer!