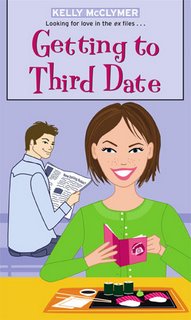 I confess I was slow to come on to the Heroes bandwagon. Considering I watched every episode of Stan Lee's I Want To Be a Super Hero, there is no defense for my slow warm up to what is an amazing series.

As a writer, what I notice is that the characters are so human, despite their super powers. I know these people. Sure, they're trying to "save the cheerleader, save the world" but they are also trying to juggle relationships, do the right thing (most characters, at least), protect the ones they love, have a little fun, and live fulfilling lives.

The superpowers don't make the normal pursuits of humans easier. Sometimes, they even make it more difficult (last night's episode made me want to cry, what the cheerleader's dad did to protect her--sooo not what she wanted...I can't wait to see how she gets back what she has lost, now that she knows the value of it). Can't say more, because I don't want to spoil anything for anyone like me, who's a bit late to the Heroes party.

Last night was the end of the first run shows until January 22nd. Waaah. Fortunately, the shows I haven't yet seen are on DVD, so I will be all caught up and ready to start on the new episodes in six weeks.

While we're waiting for the new shows (and those of you who are curious, can check out the past episodes here), let me ask you: If you could have a superpower, what would it be? And how would you handle the downside?

For me, I guess I think I'd like the ability to read minds. I'd handle the downside by trying to read general stuff, not specific (for example, if someone is telling the truth or not--not exactly what they think about the barista at Starbucks who always shorts the shots of chocolate in the Grande White Chocolate Mocha).

Kelly
Posted by Kelly McClymer at 9:23 AM

Remember the ooooold "Bewitched" series? Samantha twitches her nose and suddenly a full-course dinner for eight appears. I don't want to read minds or leap over houses. I just want someone to cook for me. Maybe also a vacuum cleaner that runs itself.

Full course meal with only a nose twitch? Now why didn't I think of that?!? The best thing is there's no down side...unless my culinary skills carried through to the magic...

Seriously, though, I'm bad at the domestic goddess thing, so being able to clean with a quick twitch would be wonderful too...and file...

No surprise I asked for a Scooba for Christmas, now is it? :-)