I've spent the last couple weeks refusing to feel guilty about NOT doing NaNoWriMo. The thing is, I think I'm going to participate every year. But every year, I'm in the middle of a project when it rolls around, so I'm not exactly at a good point to start an all-new project and barrel through.

On the bright side, I've made great progress in the last couple weeks on my in-the-middle-of project. (I admit, I was election-obsessed for the first week of the month, but who wasn't?) So even though I'm not doing NaNoWriMo this year, I'm having a great writing month.

Here's the thing with writing: as long as you're making forward progress, you're doing well. So if you're participating in NaNoWriMo and are starting to think you aren't going to get all 50,000 words done by the end of the month, don't sweat it. Just keep going. You'll still end up with a book if you just stick with it.

(And for a lesson in perseverance, take a clue from this guy, who started his project in 1979!) 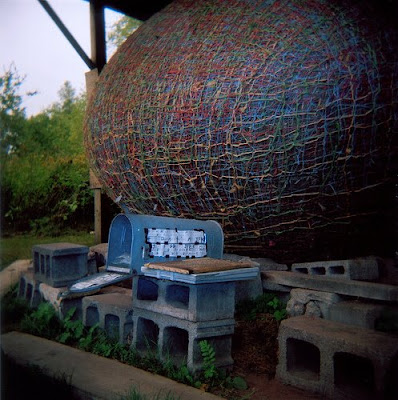 Posted by Nicole Burnham at 6:11 AM

LOL! Just say no to NaNo! Am I the only person here old enough to remember Mork & Mindy? Nano nano!

I remember Mork & Mindy. Being from Colorado myself, they were kind of legends.

I'm glad you're having a good writing month even w/o NaNo, Nicole. Keep writing so we can be graced with your books!