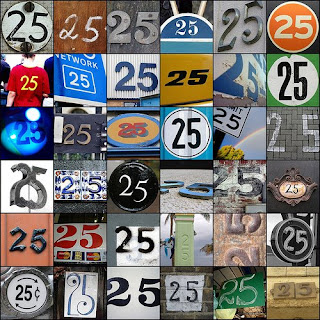 Sort of. Actually, I've been tagged by the 25 things note a few times in the last few weeks, but couldn't for the life of me think of 25 things about myself that other people might find interesting. So instead, I've come up with 25 Things about Bradford, aka my new series from Simon Pulse. Perhaps it will even inspire you to swing by our Bradford Blog Bash (www.bradfordnovels.blogspot.com, running thru 2/20), to have a peek at the books.
Think of it as a spreading the lurve this Valentine's Day weekend.

1) Since Spencer Kelly is a distant relative of Princess Grace of Monaco, some of the proposed titles for the books included names of Grace Kelly movies, such as High Society, Rearranged, and The Philadelphia Story, among others.

2) Micol and her FlirtyGirl editor, Liz, have actually been friends and colleagues for many years. In fact, they worked together at Simon Pulse—the imprint that is publishing the Bradford series—back when it was launched.

3) Micol had never heard of Twitter until she began working on the Bradford series.

4) The Bradford Prep website is so realistic-looking that we have received serious queries about how to apply to the school! (And we are working on designing a fake application, just for fun.)

5) Several of the models who portray the main Bradford characters have friended their fictional likenesses on Facebook and MySpace. How many can you find?

6) Jeremy's musical tastes are inspired in part by several people in Micol's life: specifically, her brother and her fiance.

7) The school that CJ White's sister, Alexa, attended in New York City is based on LaGuardia Arts High School, which includes among its famous alums Sarah Michelle Gellar—long live Buffy the Vampire Slayer!

8) Websites that Micol uses for Bradford research include shopintuition.com, thefrock.com, iheartdaily.com, and Daily Candy Philadelphia. She loves that she gets to window shop in the name of her writing career!

9) Spencer doesn't drink coffee...but Micol is addicted to the stuff. Micol's editors frequently have to correct references to Spencer swilling lattes in between classes.

11) Trish Harlowe borrows her last name from Joel Maddon and Nicole Ritchie's daughter, who was born around the time that Micol was working on character profiles for the series.

12) The items listed as up for auction at the Hollywood Ball were strictly fictitious—if they exist, Micol didn't know it at the time.

13) Though she writes about VERY glamorous girls, Micol owns infinite pairs of yoga pants and track suits, and can usually be found wearing one of them while she writes.

14) Micol and her editors are constantly scanning online for interesting spa treatments and other fun, expensive activities for the Bradford girls to try out.

15) Although Micol has both a home office and a share in an NYC writing space, most of GoldenGirl was written in a West Village cafe: Cafe Henri on Bedford Street.

17) Although Spencer's blog is titled All That Glitters, her favorite jewels are Majorca black pearls, which technically don't glitter.

18) Micol learned all about the Main Line area while researching for Bradford, and became hooked on the Pretty Little Liars series (also set on the ML) in the process.

19) Micol wishes fervently that Smooch was an actual shop that she could visit; the Dulce de Leche gelato sounds YUM!

20) Micol has almost as much of a crush on Jeremy as Spencer does.

21) Madison's blog, Prêt-a-Party, was actually named by a GUY!

22) Although it isn't mentioned in the books, Paige's minion Kaylen Turner is totally obsessed with Harley Pasternak's Five Factor Diet.

23) Some of the Bradford-related Philly research has led editors and writers to new hair salons, clothing boutiques, and restaurants! The Philly board of tourism should thank us.

25) Micol and the FlirtyGirls have already plotted out some MAJORLY scandalicious secrets for Bradford Novel #3 . . .
but they're staying secret for now.

Okay, I've shown you mine, now you show me yours--tell me something fun about YOU!
And HAPPY VALENTINE'S DAY, Ro Com readers!

I used to be all Team Jeremy, but after reading #10, I find myself suddenly leaning more toward Tyler.

Hmmm ... wonder what that says about me exactly?