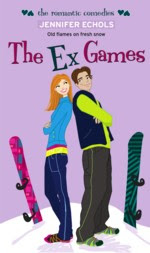 The last half of this question confuses me. I just don't think about characters this way. The easy answer would be that it's hard for me to relate to the villains in my stories: the Evil Twins in Major Crush, Sean in The Boys Next Door, and Gavin in The Ex Games. But the truth is that my villains aren't all that villainous--they've just set things in motion to make life difficult for my heroines. The Evil Twins have a right to be angry, even though their anger at Virginia is misplaced. Sean is just...Sean, and Gavin is just being Gavin. In another situation, Sean and Gavin would be the heroes of their stories instead of the villains.

Which brings me to my point: in order to write a villain, I have to understand the villain, embrace the villain, BE the villain. I have to know what the villain would do and why, so that I can write a story that makes sense to readers. This is true of all my characters. I go out of my way to relate to them. And if there's a character I can least relate to, I have some work to do. 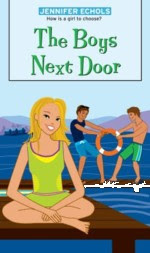 Which character reminds me of myself? That's easy: Lori from The Boys Next Door. As I've said before, when I sent that book to my critique partners for review, Vicki texted me: "OMG you've written yourself!!!" Not that Lori and I are exactly alike. I'm not that pretty, that athletic, or that selfless. But a lot of things about us are exactly the same. The general cluelessness: check. The faulty sense of fashion coupled with an inability to care: check. The tomboyish interests as a result of idolizing an older brother: check. The tendency to blurt out inappropriate comments, just because they are funny (to us, anyway): check check.

Lori is on my mind this morning because yesterday I finished writing the sequel to The Boys Next Door, called Endless Summer. Today and tomorrow I'm re-reading both books back-to-back to make sure they're bulletproof. I have a lot of fear regarding this novel. Readers have been asking me for this sequel for a long time, and I can't let them down. The sequel needs to be as good or better than the first. I have tried my best to write the book I want to read (my rule, always) AND to give you what you want (just wait until you get to the tree house scene!), but you can decide for yourself when book comes out next June!
Posted by Jennifer Echols at 3:10 AM

Oh my. This post made me soo happy, especially the last paragraph!!! I am trying very hard to hold in my squees, that's how excited I am for Endless Summer! :) CONGRATULATIONS on finishing it! I'm sure it'll be absolutely amazing~

I completely agree with how you relate to your villains, very well put! I'm the same way when I write. Like the book I'm writing now, the villain isn't that bad either. Readers would totally get why he is the way he is (he's just protecting his baby sister from his bad-boy best friend, hehe).

All in all, I really loved this post. Yay for next June! :)

Agreed. Villians are people too, so they can never be too one-dimensional. And congrats on completing the sequel! It must've been fun revisiting the characters and exploring their growth. Very cool!

Congrats!! I can't WAIT for the treehouse scene - your romance is always dead on, so I can only imagine.

You have made my life more beautiful :) I loved Boys Next Door! I didn't know there was a sequel to it! Can't wait to read it! Thanks for giving me an awesome book to read!
Love you, Maru :)

Congrats on the new book, Jennifer!

Thanks, all of you! I just got the cover and I can't wait to share it!