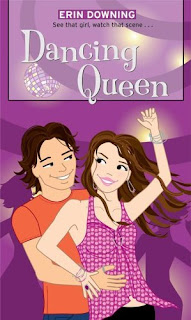 It has been ages since I've posted on the blog, so I can't believe I'm going to write about politics instead of, say, the writing process or the fun outdoorsy things I'm doing this winter (sorry if this is supremely boring). But I confess: I'm sort of obsessed with the election and it's only February! My new HDTV (holiday gift from me to me) has been tuned to CNN HD almost every night to catch the debates and latest coverage. A total waste of the great picture quality.

This is so unlike me.

I've always been a little ho-hum about elections. Sure, I vote. But beyond that...I don't get that involved or enthusiastic. Maybe it's because of the writer's strike, but this year I'm really into it. I'm not going to voice my political opinion here (though you could figure out my political leanings if you asked my two-year-old who she's voting for...I taught her to say Barack Obama and she still can't pronounce "juice" properly!), but I hope you're all enjoying this exciting year.

In other news - I've moved from New York to Minnesota. I'll write about that change some other time. But until then, I'm getting ready for our caucuses on Super Tuesday. And hoping the writer's strike really will end soon - because after Super Tuesday, I'm ready to get back to new episodes of Gossip Girl. The withdrawal is killing me!!

It's pretty cool because my son, the most political out of all of us, just turned eighteen and will be voting in his first presidential election this year. Very cool! LOL IO don't even want to think about who was running when I first voted in a presidential election:)
Teri

I'm really into this election too. I think it's because so much is as at stake this time around and our country needs good leaders!

Also, I'm still completely undecided about who to vote for.

I'm with you about the end to the WGA writer's strike. Hope it happens soon. I want more Chuck.

It should be an interesting election year, too. I just wish the reporters and pundits would find some new cliches to wear into the ground (the Daily Show effectively demonstrated the ones they're using now are exhausted and need a rest :-)

Can't wait to hear about your move to Minnesota.